To be an architect here in the Philippines, one has to complete several ‘steps’. He has to finish the 5-year degree, complete the 2-year apprenticeship, take the 6-month review for the board exam (though optional, most graduates do this), take the oath after passing the board exam, and join a UAP Chapter.

After attending three General Membership Meetings, UAP Alpha finally allowed me to be part of their chapter. The induction of new members was scheduled August 13, in Davao City, of course. This is why I had to fly back to my hometown on the second week of August. Yes, fly back because I went home for my nephew’s birthday the week before. As I said from this post, I was out of Davao on the 6th, attended my classes in Makati, then flew back on the 9th.

I crammed for that event. I needed a photo of me looking like a professional, which is non-existent because I only have the crazy-me photos so I had a new one taken. I also need an office formal wear, which would be easy if they didn’t require black pants! I only had skirts and a few white pants so I had to hunt for nice black trousers. The clothes I had in Davao doesn’t fit me anymore so I had to rummage through my sisters’ closets for everything else – top, blazer, shoes.

The 13th came and my friends and I had fun. We took a group photo that looked so amazingly formal as if we’re running our own architectural firm. haha. We wore our UAP pins with pride inside the function then goofed off the moment we stepped outside. It made me think about when we’d actually be like the other architects in that room, all grown up.

We had drinks after to catch up until my sister called me to remind me that I had to be at the airport by 3am. My family took me to the airport and said our goodbyes and my sister yelled ‘see you next week’. I said I’m not coming back to Davao the next week and then I remembered, they’re the ones flying in to Manila. Why? I’ll tell you about it on the next post. 😉 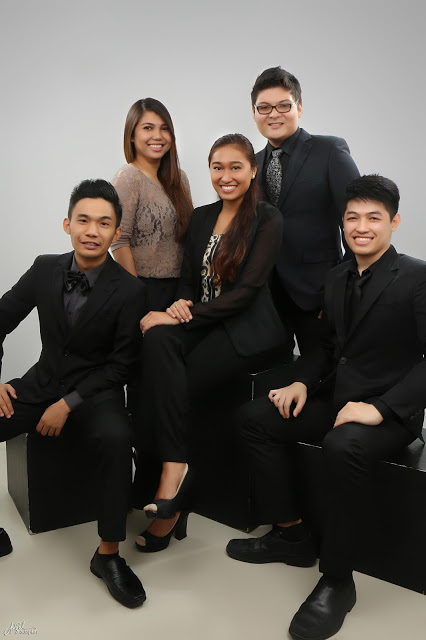 MSE sleeveless top | Marks & Spencer trousers | Forever 21 blazer | Faridez shoes from Simply Felice
Remember to take some time off, remove your heels, and be the kid that you are..